BRIAN MORRISON AND RICK GROESSL TO BE HONORED AS SENIOR MASTERS 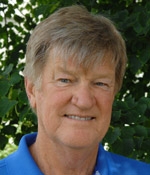 Not only is Brian Morrison a teacher of the game of golf, he is a student as well.  He is constantly learning and evolving as the game changes.  Brian has a true passion for the game that he has shown throughout his career.  Whether it’s in the Midwest or on the East Coast, Brian’s dedication and drive has never failed him.

Currently the PGA Director of Golf at Olympia Fields (Ill.) Country Club, Brian’s career in golf started in an odd fashion.  At the age of 12, his father sent him to his home town golf course, Greenbriar Hills Country Club in Kirkwood, Mo., to find a job, any job.  Too small at the time to carry a golf bag, he told the caddie master, “you don’t understand, my dad doesn’t take no for an answer and he said don’t come home until you have a job.”

It was at that moment that Brian was sent to Frank Fogerty to serve as his personal shag boy.  Not knowing at the time what a shag boy was, he quickly learned his job was to retrieve balls from Fogerty’s lessons while making sure he wasn’t hit by players on other holes.  Brian had to adhere to all of Fogerty’s credos, of which there were many.  Brian credits Fogerty for being the inspiration and reason for him being a golf professional today.  He instilled in Brian that the members always come first and to live close to the clubhouse because you never know when the members may need something from you.  Brian continues to instill all of these tips in his staff, even including not driving fancy cars because the members may think you’re making too much money.

“I was 13 when he would say all those things to me and those are the things I continue to instill in my staff. He is the reason I am a golf professional today.”

Brian began his professional career as an assistant at Oakland Hills Country Club in Bloomfield Hills, Mich., and earned his membership in the PGA of America in 1980.

After growing up in Kirkwood, Mo., and graduating from the University of Arizona in Tucson in 1975 with a Bachelor of Fine Arts degree in Radio & TV Production, the East Coast was foreign land to Brian.  That all changed after he took positions at three different courses on the East Coast over the next 16 years.

He obtained his first head golf professional job in 1982 at Canoe Brook Country Club in Summit, N.J., where he served for seven years.  He then moved on to Westchester Country Club in Harrison, N.Y., serving as the director of golf for one season.  After that short stint, he moved on to Baltimore Country Club in Timonium, Md., as the head golf professional for seven seasons. The Landings Club in Savannah, Ga., was Brian’s next stop for a couple years before moving on to his current position at Olympia Fields.

From his first position to his current position, Brian has expected the same from his assistants as was expected of him when he first entered the business.  Al Mengert was another one of Morrison’s early influences.  Working for Mengert at Oakland Hills Country Club, Brian was able to tap into the valuable knowledge Mengert acquired having worked for the legendary Claude Harmon at Winged Foot Golf Club.  Mengert was one of the first people Brian called after he obtained his first head professional job.  Mengert told him that it’s great to be confident, but he better be able to back it up.  That has stuck with Brian throughout his career and still acknowledges he was given the chance of a lifetime at Canoe Brook and hasn’t looked back.

“I was 29 and I didn’t fit one of the criteria from the sheet they sent out for the position. They took me in and put their hand on my shoulder and they sat back while I learned how to be a head golf professional.”

Brian believes that producing quality assistants who can go on to lead their own golf programs in a professional, moral, and mentoring environment is his way of contributing to the game in the present and future.

“Olympia Fields Country Club gives me a big stage to play on and the greatest thing they do is just let me be me.”

Brian has served on many committees in the Illinois PGA and was instrumental in securing Olympia Fields for the Illinois PGA Championship in 2010, 2013 and upcoming in 2016. During his tenure, Olympia Fields hosted the 2003 U.S. Open Championship, 2012 PGA Junior Ryder Cup and will host the 2015 U.S. Amateur Championship in mid-August.
Rick GroesslFor many years, the game of golf has been an integral part of people’s career. But for Rick Groessl, the game of golf has been the foundation of his entire life.

Born and raised in Buffalo Grove, Ill., Rick was first introduced to the game during high school where he and some friends would go out to Buffalo Grove G.C. and play nine holes.

“I shot a 47 on my first 9 holes, and I’m going, ‘this is good stuff.’  The course was about four blocks from my house so it was pretty convenient.”

Immediately taken with the game, Rick approached then head golf professional Carmen Molinaro about a job.

“Carmen opened my golf world up a little bit. I did everything from pick the range, to starter, to behind the counter. And I’m going, ‘this is pretty good, I can kind of hang out here all year, play golf and work,’ and it really became my second home.”

After graduating in the first class of the newly-built Buffalo Grove High School, Rick attended Harper College and played on their golf team before transferring to Western Illinois University, where he earned a degree in Marketing.

Despite not playing at Western Illinois due to his commitment to academics, Rick eventually found his way back to the Illinois PGA after declining sales positions offered to him by on-campus interviewing.

“It was after I graduated that I said, ‘you know what, let me see what the Illinois PGA has to offer.’ It was that decision and the opportunity to work at the Glen View Club that really solidified my decision that this is definitely what I want to do for my career.”
While working as the fourth assistant at the Glen View Club, Rick was introduced to teaching professional Steve Dunning, who kept an eye on the young assistant and helped him spread his wings.

After a couple years working as an assistant in Arizona, Rick decided, “Chicago was the place I really wanted to be.”
After reconnecting with Steve Dunning, who was now the head golf professional at Oak Park C.C., Rick was offered a position to work as his assistant to which Rick describes as an ”unbelievable eight year run.”

It was also during those eight unbelievable years that Rick met his wife Mary Jo.

“I met Mary Jo at Oak Park and she had just come out for a lesson. She called Oak Park, I answered the phone. A few lessons later it turned into something a little different.”

As Rick explains, “there’s always that turning point that kind of pushes your career somewhere else,” and for him this turning point was the open position at Park Ridge C.C.

Two Oak Park members approached Rick about the open position and setup a lunch and golf meeting with two Park Ridge members, who had close ties to the selection committee chairman. They took his resume on the spot and submitted it, which got Rick in the interview process, which was as Rick describes as, “a key day for me.”

The hiring process came to a conclusion after Rick was offered the job in December of 1990, and has been working there every year since the first day of January 1991.

Rick credits the great advancement in his career to Steve Dunning, not only for keeping an eye on him during his time at the Glen View Club, but also for staying connected and offering him a position to return to Chicago.

As the head golf professional of Park Ridge C.C., Rick has dedicated his time and efforts to the staff and members since the first day, to which he describes as, ”a very warm membership who have an unbelievable personality of family.”

As an Illinois PGA member, Rick’s love for Chicago is evident. But after being asked about what the future holds for him, it is clear there will always be a soft spot for Arizona.

“Mary Jo and I are going to spend more time in Arizona hopefully down the road, at some point in time, Arizona will be our home.”

It is his consistent commitment to golf and his membership that earns Rick Groessl recognition as an Illinois PGA Senior Master honoree.

The pair will be honored during a ceremony prior to the start of the Senior Masters Championship on July 27. This will mark the 11th consecutive year Onwentsia Club has generously hosted this special day.