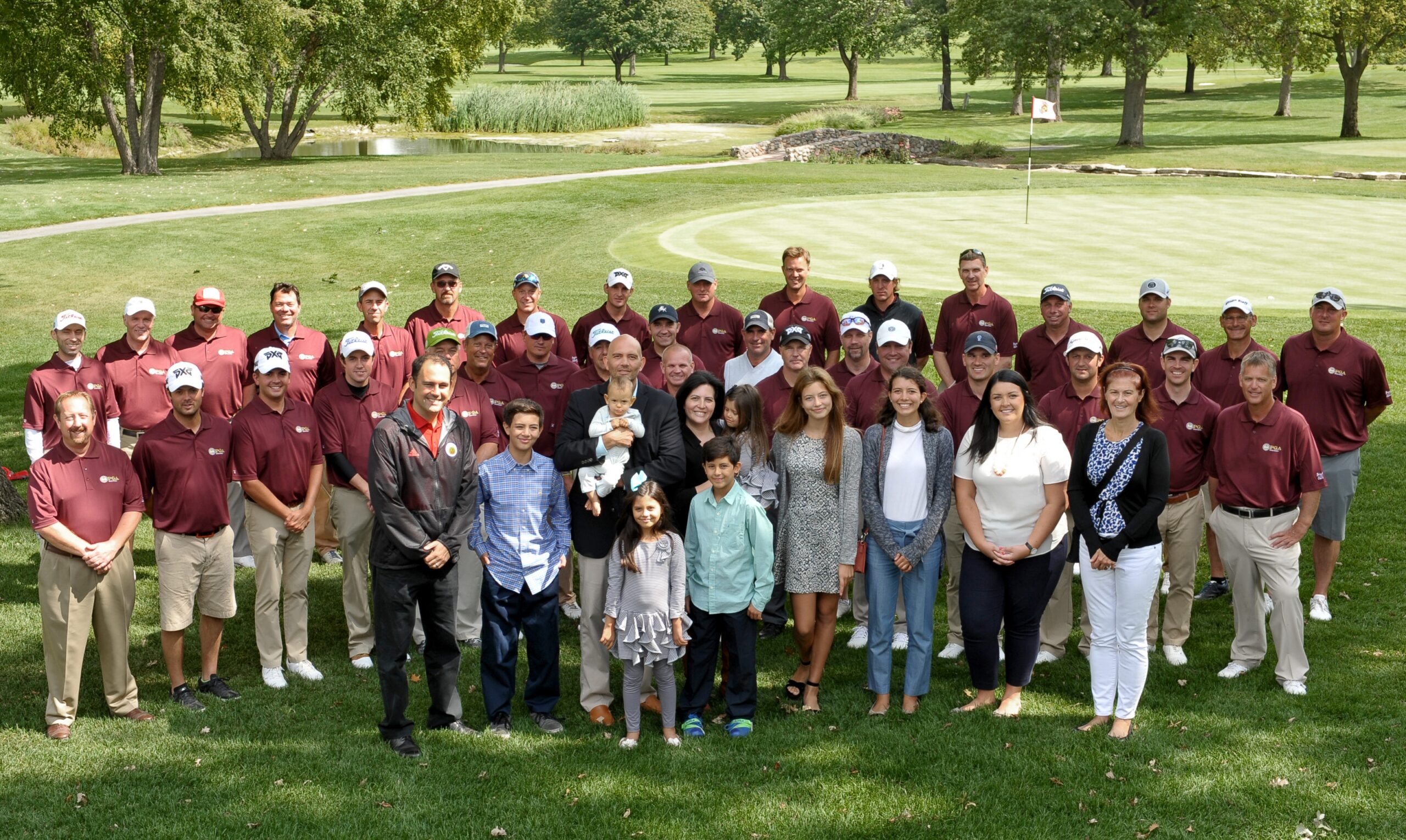 The Illinois PGA Foundation’s Birdies for Charity event is one of those things that was good from the start and keeps getting better. That’ll be underscored again on Sept. 4 when the event is held for the eighth time at River Forest Country Club in Elmhurst.

Birdies for Charity involves PGA professionals playing 72 holes in one day to raise funds for non-industry charitable organizations throughout Illinois. Donors make a financial pledge per birdie to support each participating professional.

Travis Johns, the director of instruction at Medinah, was involved in the creation of such an event while a member of the North Texas Section of the PGA.

“There were seven other pros who were born in Australia and working in the Dallas area,” said Johns. “We felt fortunate to be working in the United States and wondered how we could give back.”

Mark Harrison, the executive director of the North Texas Section and a fellow Australian, devised the Birdies for Charity concept. The pros went to their clients, neighbors and customers inviting donations per birdie made. Among their group was Cameron McCormick, now the teacher for PGA Tour star Jordan Spieth.

The group’s first Birdies for Charity event was played at Preston Trail, one of Dallas’ premier clubs, in the early 2000s and raised about $25,000. That Birdies for Charity was eventually moved to Brook Hollow and the Australian pros were joined by hockey star Bret Hull, the son of Blackhawks’ legend Bobby Hull.

As the event gained momentum, the players decided to take advantage of extra daylight in August and expanded the event to seven rounds in one day. Johns played in the Dallas version for eight years and the event topped $1 million in charity donations by the time he left to take the job at Medinah.

While the Dallas group has continued its Birdies for Charity Johns felt it a worthwhile project for the Illinois Section to take on as well. He took the idea to Chris Gumbach, the head professional at River Forest. He was the Section’s sponsorship chairman at the time.

“I pitched it to him, and thankfully he ran with it,’’ said Johns. “It was different here, though. We didn’t limit the players to seven-eight people. We opened it to every pro in the section.”

“Travis was new to the Section when he introduced the event to us and to me it was a great idea,” said Gumbach. “And it has quietly grown.”

This year 44 professionals from 38 clubs will participate and the Central Illinois Section of the PGA will hold its own event for the first time on the same day at Country Club of Decatur.

There are some other enhancements as well. Previous Birdies for Charity were played over four rounds. This year’s will be over five. It’ll mean over 12 hours of non-stop golf for the participants.

Johns and Gumbach were co-founders of the first Illinois PGA Birdies for Charity in 2011 and have remained as co-chairmen of the event. The Illinois Section’s first Birdies for Charity raised $44,000 with 14 professionals participating. Now the total raised is up to $1.18 million.

“I thought we were king of the hill after that first year, raising that kind of money,” said Gumbach. “It was just guys playing golf. Never in a million years did I think we could crack $1 million in seven years. That was pretty cool.”

Those “guys playing golf” raised more money in each succeeding year with last year’s event raising a record $280,000. Thirty-five professionals made 670 birdies on that long, but most worthwhile day at River Forest.

That meant contributions of $66,390 to each of four main charities – the Ann and Robert H. Lurie Children’s Hospital, Juvenile Diabetes Research Foundation, Ronald McDonald House Charities of Chicagoland and Northwest Indiana and the Illinois PGA Foundation. This year more charities will also benefit.

“Those four will remain the same, but a lot of other charities got wind of what we have been doing and asked to be involved,” said Johns, “so we’re trying to spread the wealth.”

Two – Folds of Honor and Cal’s Angels – will benefit, but to a lesser degree than the original four. Each participating professional was invited to submit an entry for “bonus charity” status. Fifteen were nominated before those two were selected in a drawing. That policy will be continued in future years.

Johns and Gumbach have set a financial goal of $300,000 for this year’s event. While the final numbers will be totaled up on Sept. 4 it’s clear that some professionals have accumulated enough in pledges to raise $1,000 per birdie made.

The debut of the Central Illinois section’s Birdies for Charity will be held the same day with 11 professionals participating to benefit two downstate charities – Boys & Girls Club of Decatur and OSF HealthCare Children’s Hospital of Illinois.