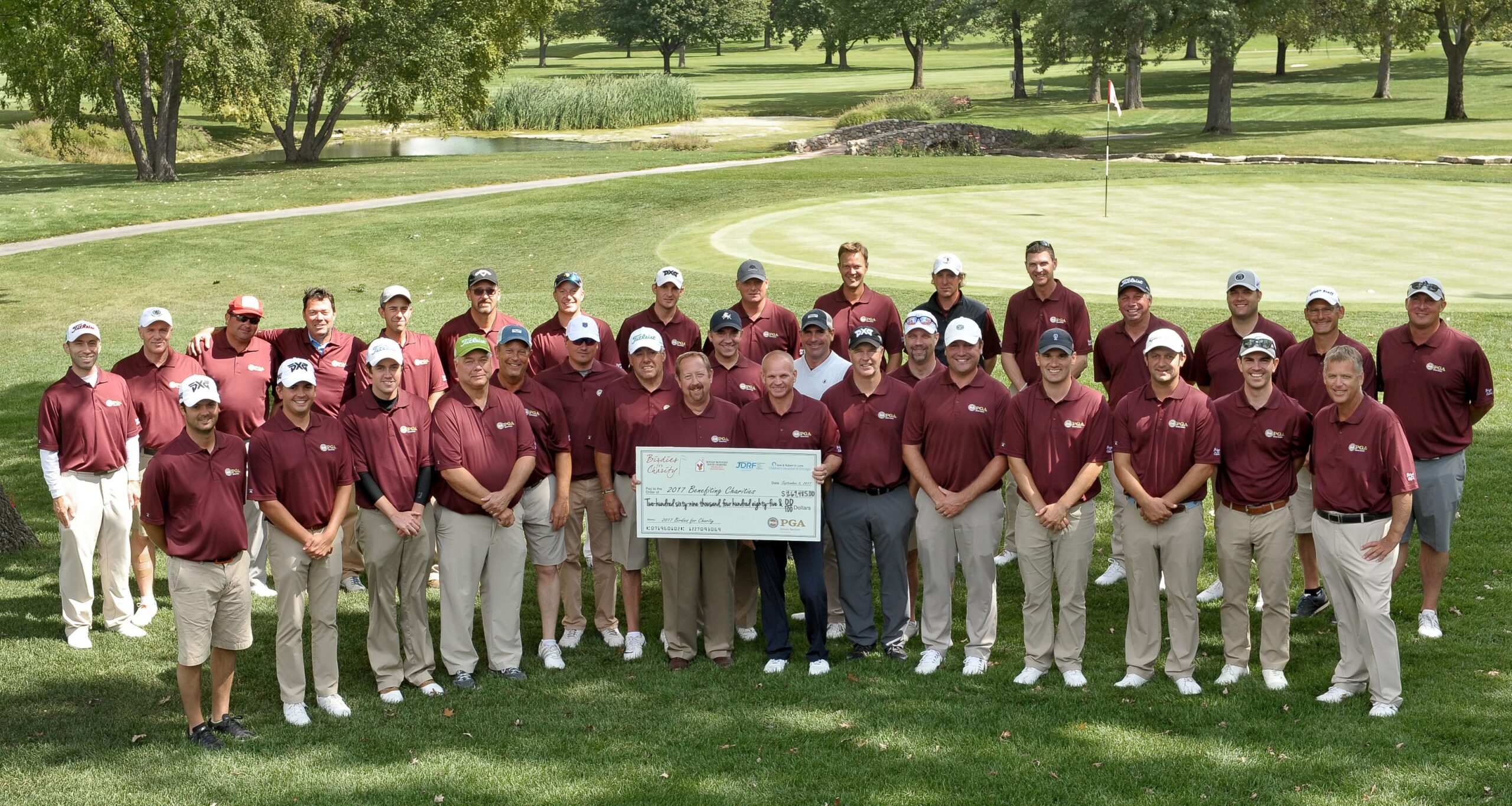 The 7th annual Birdies for Charity fundraising event did not disappoint as 35 Illinois PGA Professionals descended on River Forest Country Club in Elmhurst with one goal in mind: make as many birdies as possible in 72 holes of play. With generous pledges from friends, family, colleagues and club members combined with a few favorable pin placements, the pros were able to play through some windy conditions and exceed their goals. And the numbers are in: 670 birdies made for a total of $269,485 raised at this year’s event and $1.18 million total raised in the seven years of Birdies for Charity.

“The pros really pulled through this year,” said Chris Gumbach, event co-chair and host PGA Professional at River Forest Country Club. “Each year we have the generous support of our donors and the tireless effort of our fellow PGA pros that play golf for nearly 12 hours straight and raise significant funds for four deserving children’s charities. And, this year we reached some major milestones. Of course, we have a lot of fun playing together as well.”

“Since the inception of this event seven years ago, Illinois PGA Professionals have continually demonstrated their dedication and enthusiasm for doing what they do best – play golf – to assist charities that help children and families improve their lives,” said Carrie Williams, executive director of the Illinois PGA Section.

Johns brought the Birdies for Charity event idea with him from the North Texas PGA Section where he had previously worked and proposed it to the Illinois PGA Section Board. At the time, Gumbach was sponsorship chairman and immediately thought it was just the kind of community involvement program the Section and its members needed to rally around.

“When Travis suggested the idea and outlined the event for us, it was an immediate ‘yes’ for me,” recalled Gumbach. “And it’s very satisfying to see all that we’ve been able to accomplish in seven years and the impact the event has had to help these charities and kids and families.”