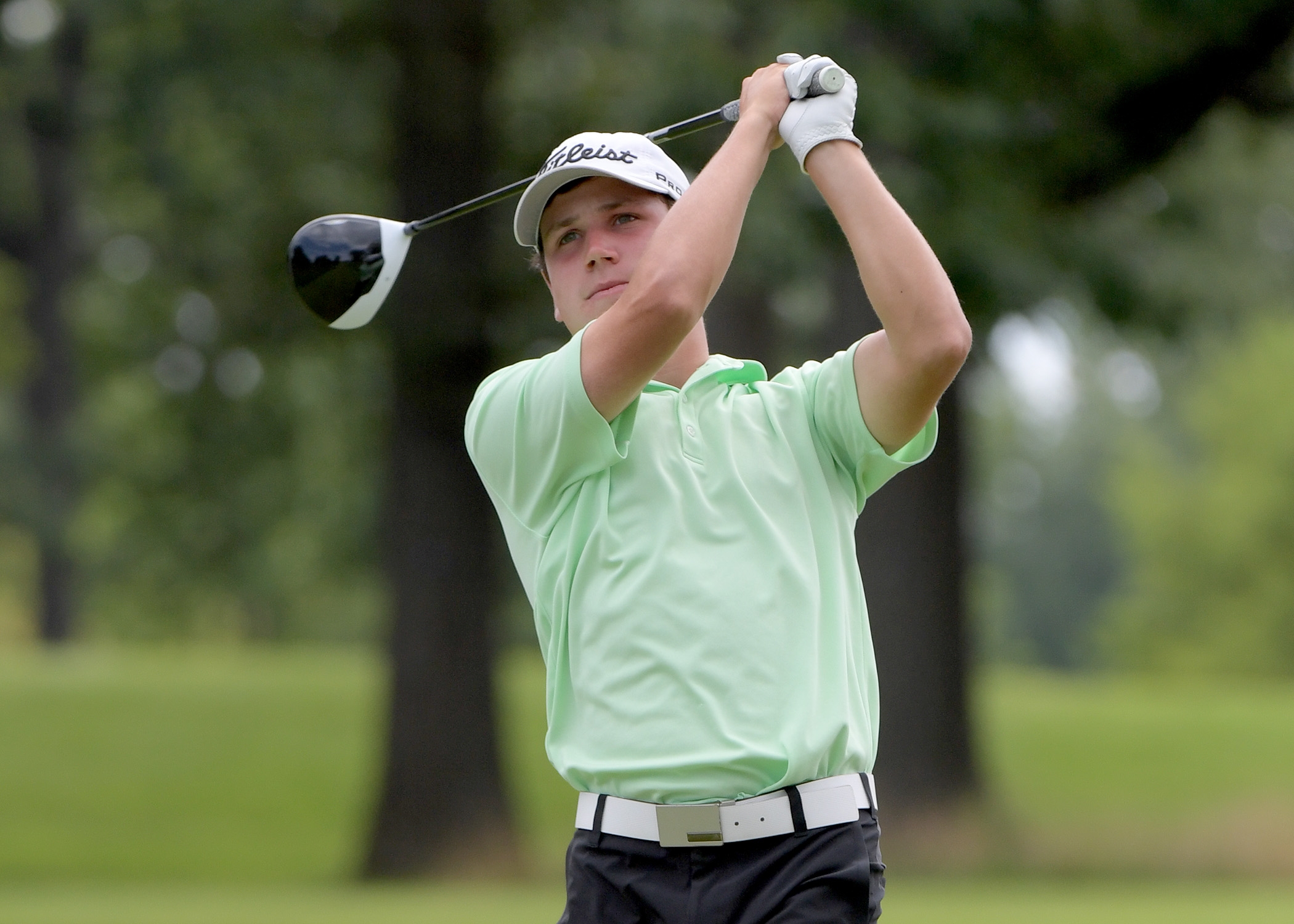 GLENVIEW, Ill. – July 18, 2018 – Patrick Flavin, 22, will return to defend his 2017 Illinois Open Championship title August 6-8 at Ravinia Green Country Club and The Glen Club. Last year, Flavin was the first player to win the Illinois State Amateur and the Illinois Open in the same year since David Ogrin did in 1980. The Highwood, Ill. native graduated from Miami University in May, where he set a school record with eight tournament wins, four of which came during his senior season. With a summer tournament schedule that includes top amateur events such as the Illinois State Amateur, Western Amateur and Trans-Mississippi Golf Association Amateur, Flavin enters this year’s Illinois Open as an amateur and plans to maintain that status until qualifying school this fall.

After opening rounds of 64-64 at Briarwood Country Club and The Glen Club at the 68th Illinois Open Championship, Flavin went on to post a 14-under par total to claim his first Illinois Open title. It was the 11th time in the Illinois Open’s 69-year history that an amateur finished atop the leaderboard.

“I am eager to have the opportunity to defend my title at this year’s Illinois Open Championship,” said Flavin. “I finished my collegiate career at Miami strong and I’m looking forward to this summer’s tournament schedule as great preparation for PGA TOUR qualifying school in the fall.”

Rounds one and two of the 69th Illinois Open Championship will be contested at Ravinia Green CC and The Glen Club before the field of 264 players is cut down prior to the final round at The Glen Club.

“The Illinois Open event brings together the best amateur and professional players in Illinois to compete in the state championship of golf,” said Carrie Williams, Executive Director at the Illinois PGA Section. “Each year the field seems to strengthen and this year is no exception with many of the state’s top amateurs and professionals in the field.”

Notable players in the 69th Illinois Open Championship field include:

PATRICK FLAVIN, 22
Highwood, Ill./Miami University men’s golf team (class of 2018) – Flavin returns to defend his title as the 2017 Illinois Open champion. After winning the Illinois State Amateur a few weeks earlier, Flavin posted a 14-under par total at the Open to finish atop the leaderboard. He also won the 2017 Illinois State Amateur Championship at Calumet Country Club shooting -10 for the three-day event. Flavin was a four-year letter winner at Highland Park H.S. and was named All-State his senior year. He earned First Team All-MAC (Mid-American Conference) honors and was named to the MAC All-Tournament team during his career at Miami University.

ROY BIANCALANA, 58
St. Charles, Ill./PGA Professional at St. Andrews Golf and Country Club – After spending nearly a decade away from the game, Biancalana returned to the Chicago golf scene this spring.  He is a two-time winner of the Illinois Open claiming the title in 1987 and 2001. Biancalana has two top-five finishes in his competitive season thus far, including a second-place finish at Stroke Play #3 at Calumet CC.  He also played in the 2018 U.S. Senior Open at The Broadmoor. He currently holds the 11th spot in Illinois PGA Player of the Year points.

JIM BILLITER, 32
Gurnee, Ill./PGA Professional at Kemper Lakes Golf Club – Billiter finished as the low PGA Professional in the field at last year’s Illinois Open, and has the skill and experience to go after the top of the leaderboard. In the 2017 Illinois PGA tournament season, he won the Match Play Championship at his home club Kemper Lakes GC and finished the 2017 season in first place for the Bernardi Player of the Year Award. He also won the 2015 Illinois PGA Section Championship.

VINCE INDIA, 29
Deerfield, Ill./University of Iowa (Class of 2011) – India turned professional in 2011 following his graduation from the University of Iowa. He currently plays on the Web.com tour, and has participated in six events so far in the 2018 season on that tour. His highest finish came at the Rust-Oleum Championship hosted at Ivanhoe Club where he made the cut. This will be India’s first return to the Illinois Open since his runner-up finish in 2015 after shooting 11-under on the three days.

TEE-K KELLY, 23
Wheaton, Ill./Ohio State University (Class of 2016) – Kelly turned pro in 2016 and went on to play on the PGA Latinoamerica Tour where he has one victory, which came at the 2017 Puerto Plata DR Open. Kelly was a four-year letter winner at Wheaton Warrenville South High School, and was a Ping All-America honoree at Ohio State University. He was one of only two Illinois players to receive a sponsorship exemption to this year’s Rust-Oleum Championship at Ivanhoe Club. Kelly finished T13 (-5) at the 2017 Illinois Open Championship.

DANNY MULHEARN, 51
Wheaton, Ill./PGA Professional at Glen Oak Country Club – Though Mulhearn did not make the cut at last year’s Illinois Open Championship, he finished T24 in the 2016 Championship. This past spring, he won the Illinois PGA Stroke Play #2 at Oak Park Country Club with a 6-under par 66. Since then, he has taken home two more victories at Senior Stroke Play Events #2 and #3. He currently sits in first place for Illinois PGA Senior Player of the Year points. Mulhearn’s son Zach, 15, will join his dad in the field, as he qualified as an amateur.

TRENT WALLACE, 21
Joliet, Ill./ Illinois State University (class of 2019) – Wallace made the cut at last year’s Open Championship and looks to do the same this year. Wallace shot a 1-under par 69 to qualify out at Maple Meadows GC. Earlier this year, he advanced to the Championship match at this year’s CDGA Amateur Championship, where he eventually finished in second place. Wallace has seen success at the collegiate level as well, most notably being the first Redbird since 1975 to qualify for the NCAA Championship after doing so during his sophomore season. He was the first player to represent the Redbirds at a National Championship in more than 40 years.