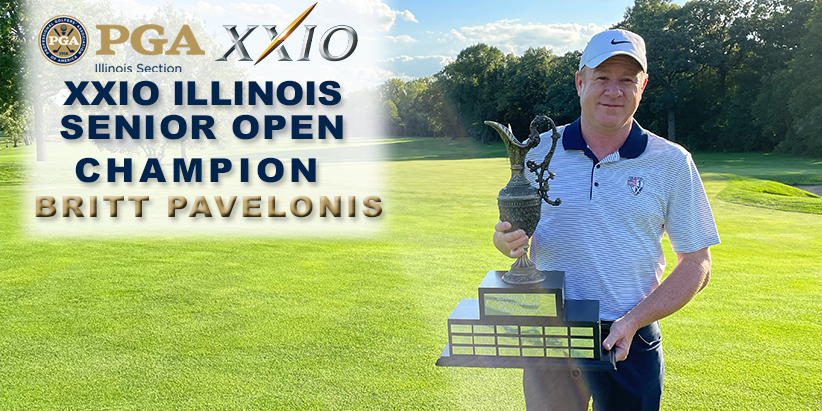 “I just tried to make some putts today,” said Pavelonis. “I didn’t really make anything in the first round. I two-putted for birdie three times in round one. I made four birdies on four par fives. I just couldn’t sneak anything in the hole. Today, I played solid except for the eighth hole, which was just a little hiccup. I came right back with a birdie on the ninth hole. I just felt like I was hitting the ball well and giving myself a chance to make putts on almost every hole.”

Pavelonis ended round one in a share for the lead with three other players. He kept the card clean in round one, carding a bogey-free round with four birdies for a 4-under-par 68.

In the final round, Pavelonis found himself in a back-and-forth day with a couple of guys at the top of the leaderboard.

“I wasn’t really looking at the scoreboard, I was keeping score, but I didn’t look at the leaderboard until the 12th hole,” said Pavelonis. “It was sort of my mind, so it was nice to always know where I was and keep track of the scores. Where you stand sort of dictates the way you play a little, so it helps to know where you stand.”

Rich Dukelow (Evergreen, Ill.) also started the round tied for first place after a 4-under-par 68 in round one. He birdied the par-4 second hole to start his final round and tied Pavelonis for the lead. He fell out of the lead a few holes later with a bogey on the third hole and a double bogey on the fourth hole. However, Dukelow would battle back to make birdie on the ninth hole and turned at 3-under-par for the tournament, trailing Pavelonis by one stroke.

Pavelonis parred the first four holes on the back nine and found himself with a one-stroke lead after Dukelow bogeyed the par-3 13th hole. Pavelonis extended his lead on the fifteenth hole when carded his first birdie of the back nine to get to 5-under-par for the tournament. He held a two-stroke lead with three holes to play and ended his tournament with an exclamation point as birdied the 18th hole to secure his Illinois Senior Open victory.

A birdie on the 10th hole got Dukelow back to 4-under-par and in a share of the lead, but he struggled down the stretch carding bogeys on the par-3 13th hole and the par-4 17th hole. He finished the tournament tied for third at 2-under-par 142.

Mike Henry (Bloomington, Ill.) (a) had the low round of the day in round two. After a 1-over-par 73 in round one, Henry carded a 4-under-par 68 in the final round to climb 12 spots and finish the tournament in second place at 3-under-par 141 and won the Low Amateur Award.

Pavelonis will now turn his attention to the Arkansas Open and Texas Open, which both take place in October, before gearing up for PGA Tour Championship Q-School.